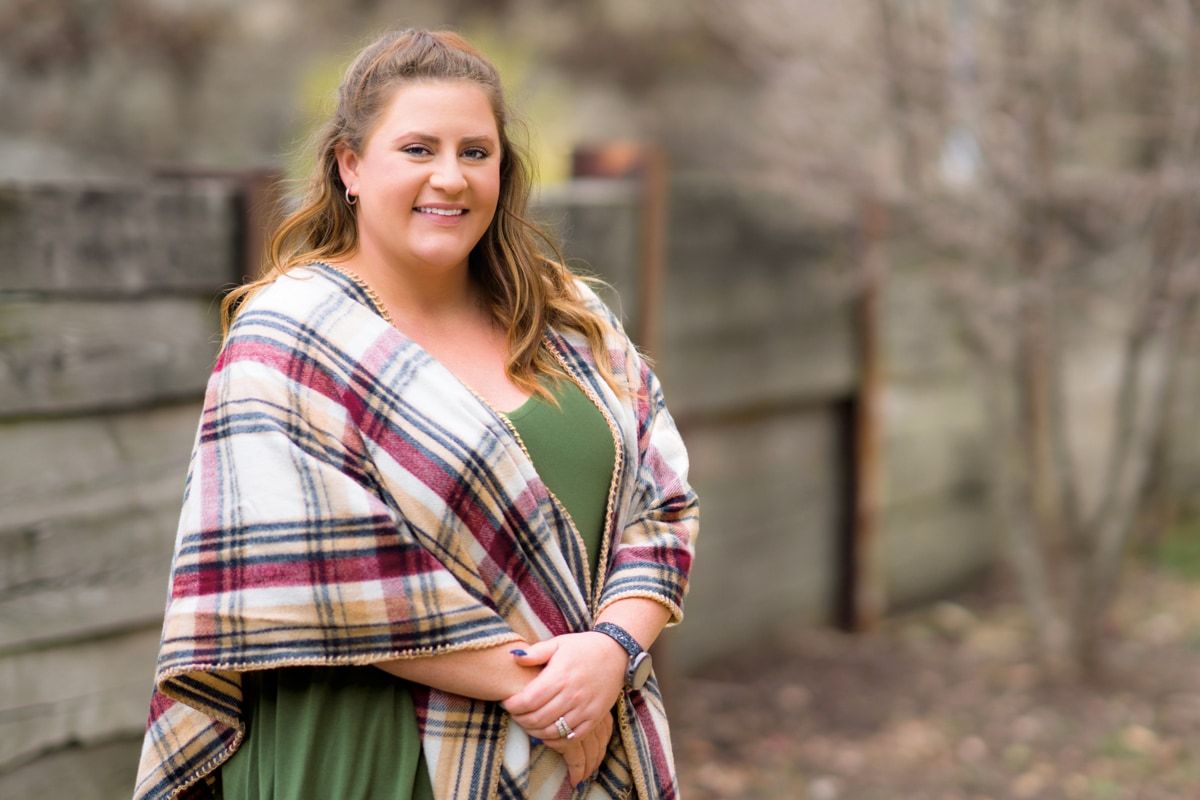 For her 21st birthday, Jaicey Stegena received the gift of a lifetime – a gift that transformed her body and her life. Since the age of 2, Stegena, now 27, of Munhall, lived with a rare condition called neurogenic bladder, which prevented her from being able to urinate naturally. Stegena did not experience the sensation of a full bladder and could not empty her bladder in the normal way. As a result, she had to be catheterized by her parents several times a day, to remove accumulated urine. Remarkably, Stegena learned to do this by herself at the tender age of 5. Her parents, Jay and Winnie Stegena, wanted their daughter, the last of their four children, to have as much normalcy and independence as possible. Stegena was healthy in every other way, and every bit as active as her siblings. Her mother taught her to perform a procedure known as “clean intermittent catheterization,” inserting a catheter into her bladder several times a day. Stegena became proficient at this, but it was never easy, and she endured years – 19 years, to be exact – of frequent urinary tract infections and prolonged courses of antibiotics.

Like all teenagers, Stegena wanted to be like her peers. As adulthood approached, she felt increasingly despondent about her condition. Her loving parents had taken her to specialist after specialist, all over the region and beyond. No one offered them a solution – until the day they met Jay A. Lutins, M.D., a board-certified urologic surgeon who practices with St. Clair Medical Services at St. Clair Hospital.

Stegena, who works as a certified medical assistant at a physicians’ office in the South Hills, remembers that red-letter day with perfect clarity. “I was about to have my 21st birthday. My step-grandfather’s friend told him about an excellent urologist whom he knew. I was so discouraged and defeated by then, and I felt that this new doctor was my last hope. His name was Jay – I thought that was a positive sign because that is my Dad’s name. I went to the first appointment with my mother, my sister and her baby. Dr. Lutins walked in to the exam room, went straight to the baby and picked him up. He held my nephew on his lap through the appointment, while he talked to me. That showed me the type of person he is – kind, with a good heart.”

Dr. Lutins told Stegena about a new technology that might help her, but he couldn’t make any promises. “Not many surgeons were doing this procedure, he said, and I would be one of the first to have it done for this problem. He was honest. He said, ‘Let’s try it.’”

The bladder’s job is a simple one – it stores and eliminates urine. But the elements that control urination are not nearly so simple and involve complex communication between the brain and the bladder. When one has a neurogenic bladder, the nerves that normally direct the bladder to hold or expel urine fail to work as designed, and the person cannot control the emptying of the bladder. Neurogenic bladder can be a congenital or acquired condition. In children, it may be due to a spinal anomaly called spina bifida or to cerebral palsy. In adults, it is sometimes associated with Parkinson’s disease, multiple sclerosis or a spinal cord injury.

Neurogenic bladder can sometimes be treated with lifestyle changes, medication or exercise, but when urinary retention is the problem, patients usually have to manage it with self-catheterization. Although it works, that can be a practical daily challenge and a quality of life issue.

The new approach that Dr. Lutins proposed was sacral neuromodulation, a treatment that was being used effectively for the opposite conditions of urinary incontinence and urinary retention. It uses a device called an InterStim, a sacral nerve stimulation system. The technology consists of a battery-operated, implanted stimulator that is placed under the skin in the upper buttock and attached to a lead wire. The stimulator generates an electrical impulse that travels through the lead wire to the sacral nerve and then to the bladder. The device provides normal signaling between the brain and the bladder. The patient receives a remote control which allows her to control and reprogram the stimulator and check the battery, as needed.

“I was ready for this,” Stegena says. “I had the procedure done at St. Clair Hospital, right after my 21st birthday. Dr. Lutins implanted the InterStim and it worked immediately: I urinated without a catheter for the first time. Dr. Lutins implanted it on the outside of my body first, for a two-week trial. It’s the size of a pacemaker, and after the trial was successful he implanted it under the skin. Now I urinate normally. Before this, I could never tell when I needed to go; I never felt the sensation of a full bladder. The technology is amazing. I can turn it off and on. I can change the settings if I want to. I’m so grateful to have it.”

Dr. Lutins had implanted sacral nerve stimulators previously, in patients with overactive bladder and incontinence, but Stegena’s case was exceptional. “I wasn’t entirely sure that the InterStim was going to work for Jaicey,” he recalls. “Her bladder simply did not work, but there was no clear reason for that. She did not have spina bifida or any congenital condition to explain it. Her problem was urinary retention, which is unusual. She could not expel urine. Many women have the opposite problem, in that they cannot hold urine and have incontinence. We use sacral neuromodulation for that too, more commonly.”

Getting the sacral nerve stimulator was an emotional experience for Stegena, and for her parents and family, Dr. Lutins recalls. “Her father cried when we realized that it was working. It’s a great solution: it’s low maintenance and long term; we have to change the battery every five years, but that is a simple outpatient procedure.”

The implant has given Stegena freedom and possibilities that she once did not expect to have. She is getting married next year to Bill Stevens and they plan to have a big family. “Bill accepted me for me, and never made me feel insecure about my medical condition. He is my champion.” Stegena and Stevens are outdoor enthusiasts who go camping and ride four-wheelers on the weekends – a vigorous activity that once caused her to need a replacement of her implant. “I was riding in the woods and had an accident; the implant became dislodged.”

Dr. Lutins is her personal hero. “Dr. Lutins is special to me and to my family; my family has great faith in God and we prayed every night for a cure for me. I was able to endure it for so many years because I reminded myself that other people were worse off than me. No one else was able to help me. Dr. Lutins changed my life. Thanks to him, I can now live the life that I always dreamed of.” 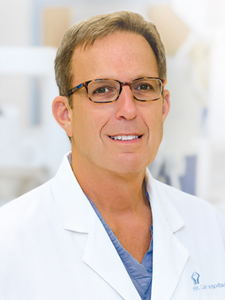 Dr. Lutins specializes in urology. He earned his medical degree at the Medical College of Virginia, Richmond, and completed a residency at UPMC. Dr. Lutins is board-certified in urology. He practices with St. Clair Medical Services.